Al-Bayt Stadium is a retractable roof football stadium in Al Khor, Qatar. The stadium has a seating capacity of 60,000 people.

One of the stadiums that will be used for the 2022 World Cup is Al Thumama Stadium. It is located in Al Thumama, Qatar, and has a seating capacity of 40,000.

The Ahmad bin Ali Stadium, more commonly referred to as the Al-Rayyan Stadium, is a multi-purpose stadium located in Al Rayyan, Qatar. It has a capacity of 40,000 people.

Another stadium that will be used for the 2022 World Cup is Lusail Stadium located in Lusail, Qatar. It has a capacity of 80,000 people.

Stadium 974 is a football stadium in Ras Abu Aboud in Doha. It can accommodate 40,000 people.

The Education City Stadium in Al Rayyan, Qatar, was designed to host the FIFA World Cup in 2022. The stadium is located within the Qatar Foundation’s Education City, which has a number of university campuses. The stadium has a seating capacity of 45,000 people.

Al-Janoub Stadium, formerly known as Al-Wakrah Stadium, is a retractable roof football stadium located in Al-Wakrah, Qatar. It opened in 2019. It can hold 40,000 people in its seating capacity. 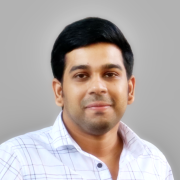 Mohammed Ameen is a blogger and SEO specialist with more than ten years of living experience in the Middle East. He has a postgraduate degree in business administration and is passionate about blogging and travelling.

How to Check Balance in Du Prepaid SIM

How To Check Your Credit Score In UAE

The Best Places to Visit in Abu Dhabi